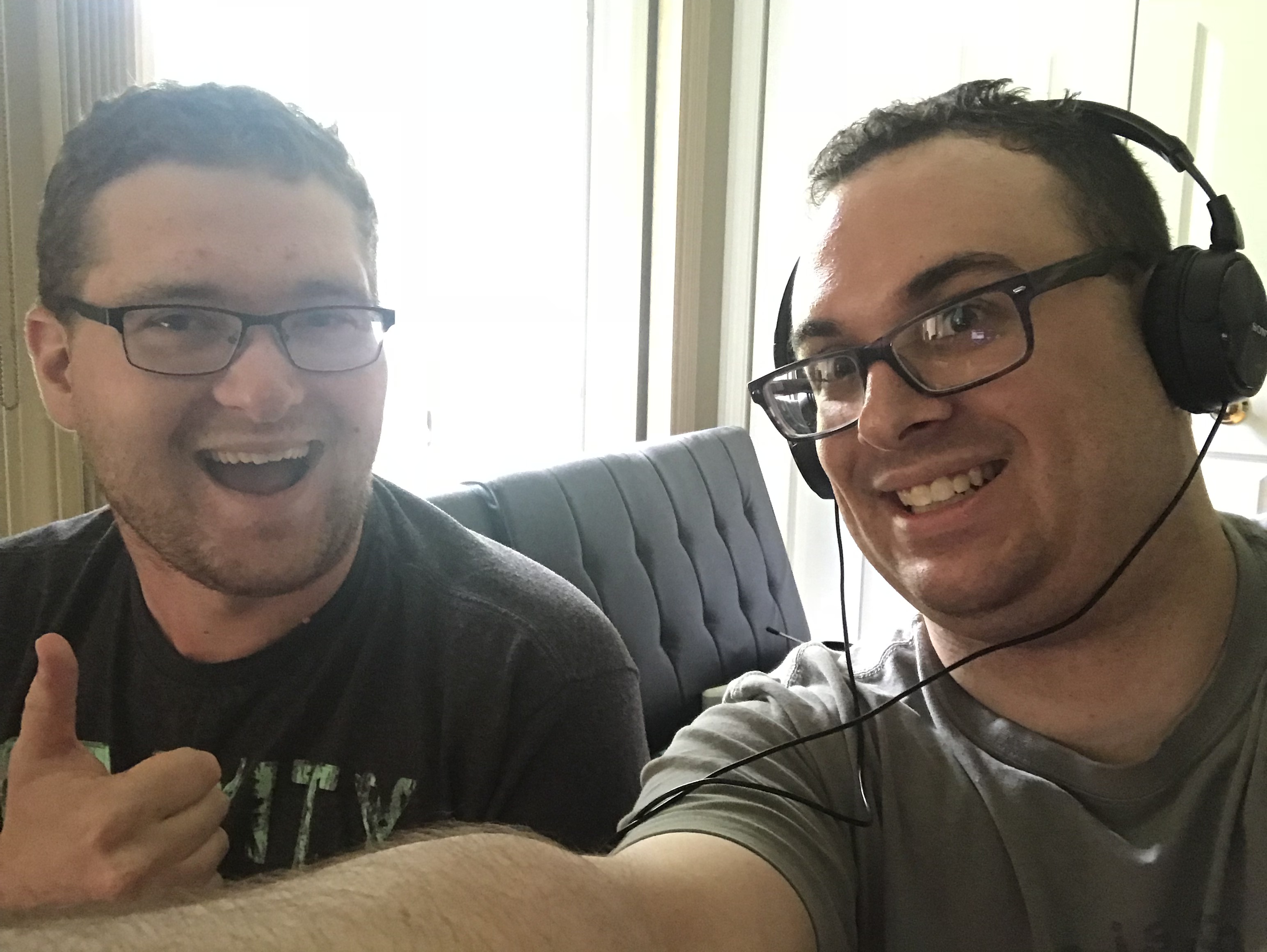 Adventure Time Guys is the brainchild of Steven Clark, a Variety/Review show that he started with Cameron Mackert on Spreaker in June 2014, but then branched out to Rockin’ WAVES in April 2016 where it currently airs.

Steven is a Nerd from Illinois that likes Gaming (specifically Guitar Hero), Comics, Wrestling, Cosplay, and Cons. He went to broadcasting school for one year but “didn’t really do anything” with it until he decided to create Adventure Time Guys. He came up with the idea when he watched Adventure Time on Cartoon Network and decided that reviewing it would be just as fun as watching it, and what better way to review it than in Podcast form? So he contacted his long time friend Cameron Mackert to see if he was interested in doing a podcast. He said yes and the rest is history! Besides Adventure Time Guys Steven also does an interview based show called Cyber Timebite.

Cameron is an even bigger Nerd from Ohio that loves Anime, Video Games, and Movies/TV Shows. He graduated from College with a Film Degree in 2014 and eventually wants to move out to Hollywood to fulfill his dream of becoming a movie director. Before Adventure Time Guys Cameron had never actually watched Adventure Time, but decided to give it a shot when he was contacted by Steven about the show. Needless to say he ended up falling in love with the show and enjoys co-hosting Adventure Time Guys to this day. Besides Adventure Time Guys Cameron also does Let’s Plays on YouTube and another podcast with his other friend Justin called Cinema Roulette.

Chris let’s these two ding dongs do their thing every Tuesday at 11 PM (10 PM Central) on Rockin’ WAVES 11294, so tune in if you want to catch the insanity!